Home  »  Family & Personal   »   Honeymoon Destinations Of The Rich And Famous

Aside from their usual lavish expenses – cars, houses, private jets – the rich and famous are often a romantic bunch, and if there’s one thing they’re known for going to town on, it’s their honeymoons.

Here are some of the most lavish and exotic honeymoon destinations, and the celebrities that have enjoyed them.

Rap superstar Jay-Z and pop sensation Beyonce did something a little different for their honeymoon – they holed up in a mountain retreat in the middle of the desert.  ‘Sanctuary on Camelback Mountain’ is a high-end luxury retreat in Arizona, hidden well away from inquisitive eyes and members of the press.

The retreat itself is relaxation-themed – the couple would have enjoyed an extravagant spa, fitness centre and breathtaking desert views.  Not quite what you might expect from the pop duo, but perhaps it was just what they needed.

Desroches, a small island just north of Madagascar, is about as close as it gets to a deserted tropical locale.

Will and Kate spent a ten-day jaunt there, supposedly costing them a cool $720,000.

They rented out 11 villas – presumably for them and their entourage of security and staff, and set about making the most of their tropical getaway.

The royal pair had an active honeymoon, renting golf buggies and mountain bikes and setting off to explore the gorgeous natural beauty of the island.

If you’d like to follow in their footsteps, you can actually book all the accommodation on Desroches for about $5000 a night.  Sounds like a bargain to us.

The Bahamas are a classic fantasy destination for would-be honeymooners.  Javier Bardem and Penelope Cruz made fantasy a reality when they stayed at the Stella Maris Resort on Long Island.

We’re not quite sure what the latin couple got up to – it’s a secluded resort, after all – but we’re fairly sure it involved a lot of sun, sea and serious chill-out time in in the awesome infinity pool.

Their wedding was impressive enough, taking place over a week in romantic Borgo Egnaza in Italy.

And so their honeymoon had a lot to live up to, and from reports on the ground, it seems to have done just that.

The couple arrived in the Serengeti in Tanzania for game drives, Safari and a hot air balloon ride, staying at the luxurious Saskawa Lodge.

They also enjoyed some more westernised activities at the resort, getting stuck into horseback riding, archery, mountain biking and tennis.

Biel had visited Tanzania years before on a charity mountain climb of Kilimanjaro, and we can only assume she fell in love with the place enough to convince Justin to come back with her for their honeymoon.

Italy is known as one of the most romantic countries in the world, and the CastaDiva resort on Lake Como is really exemplifies everything beautiful about the country. 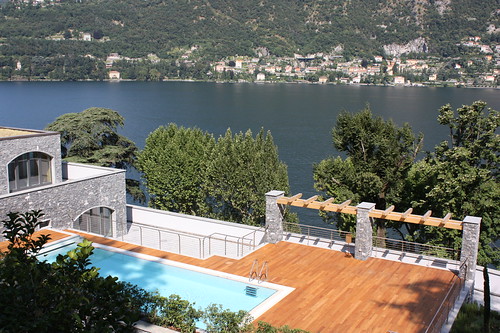 Emily Blunt and John Krasinksi spent their honeymoon there, enjoying fantastic food at the gourmet restaurant and the breathtaking view over the lake.

They might have even bumped into George Clooney  – he purportedly owns a very nice piece of nearby waterfront real estate.

You’ve probably heard of Emily, but her husband is a little less well known. John quickly rose to fame on the American series ‘The Office’, and according to Emily, supposedly “changed her life” when he met her.  If CastaDiva was his idea, then he certainly knows how to pick a great spot.

Celebrity honeymoons are fantastic affairs, and you might be able to take some inspiration from their adventures. Who knows, perhaps one day you’ll make it over to a similar dream destination yourself!

Marucs Falley is a contributor to Study Now, Australia’s biggest directory of online courses including wedding planning, you can visit the website here. In addition to writing for Study Now, Marcus is a keen amateur surf ski paddler, photographer and marathon runner.